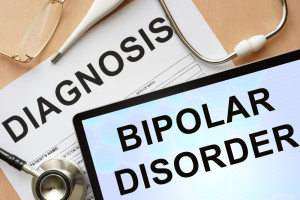 From the outside looking in, many of us don’t quite understand what bipolar disorder is and none of us can imagine how it truly feels to live with the condition. But for those who have the condition, an accurate diagnosis is actually good news because they can finally get the right treatment they need. The unfortunate reality is that some individuals with bipolar disorder have waited 10 years or longer for an accurate diagnosis because they were often diagnosed with depression or other mental illnesses during that time.

So what makes bipolar disorder different from depression? The main difference between the two are the mania symptoms that are characterized by excessive excitement or irritability, extreme euphoria and delusions of grandeur. While bipolar disorder does include depressive symptoms, there are two types of the condition:

When someone is in the mania phase, they may feel supercharged and believe they can do anything where their self-esteem can spiral out of control. They may be more talkative, get distracted easily, have racing thoughts and participate in reckless behavior like substance abuse, spending sprees or driving carelessly. Exhibiting these symptoms nearly every day for a week may indicate a manic episode.

According to the National Institute of Mental Health, approximately 5.7 million adults in the United States have bipolar disorder and more than 2 million people in the UK have the condition. This makes it a much more common disorder than most people think. As serious as it is, there are ways to treat the disorder. Here are some treatment methods that have been found helpful:

While bipolar disorder is a lifelong condition, it can be managed with proper treatment.